What is BlockChain, anyway? 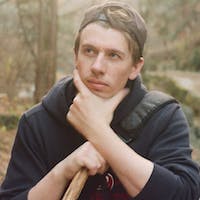 For someone who's heard of blockchain, but doesn't understand what it is and how it works, here's an explanation:

Blockchain is a word usually attached to cryptocurrency. Let's start there.

Cryptocurrency is a replacement for cash. Cash, and to a larger degree, money in general, is controlled by a central system. In the US, the Federal Reserve. In the UK, the Bank of England. Money is also controlled by central systems. Credit cards are controlled by banks. Different people are able to access different credit cards, and your bank can stop your debit card if it wants (if it was stolen, for example).

Cryptocurrency is decentralised, meaning no one person is in control.

To get away from the control of these systems, we'll make our own coins. To make it easier to produce them and to trade, we'll make them digital. Now I can send you coins across the internet!

Great! But as with any old file on the internet, you could just copy them to duplicated them. Instead of just giving the coin to me, you could copy it, and then we both have one.

Okay, so let's make a rule that whenever a coin is traded, we write down that transaction - who sent it, when it was sent, how much was sent, and who to. A ledger. We can just attach that to the coin.

A bit like a car log book? Nice. Okay, but you could still just copy it. You might even give it to me, and then modify the log to say that you sent me less than you did, or you didn't send anything.

Right, so to combat that, we'll make it so that everyone who participates has a copy of every transaction.

Everyone has my details?

Not really. Every person in the network gets a unique ID, it's more like the wallet's ID than the person's ID, and doesn't identify the actual person. Sort of like a PO Box. A fixed address, but pretty anonymous.

Now that everyone has the log of transactions, the ledger, if anyone makes a transaction and messes with their ledger, we can get the network to check if it's correct. What will happen is that if someone's ledger is incorrect, that transaction will be prevented.

Great. If you're checking against other ledgers, could someone modify all the ledgers?

This is possible in theory, but in reality, not possible. If there were three people on a network, maybe you could do that. If there are millions, you'd have to be able to hack at least half of the users and modify all of the ledgers at the same time. It's not going to happen.

I see. What about this mining business that I heard about?

So actually the coins transferred, much like your bank balance, are made up of numbers rather than actual gold in your actual pocket. The blockchain, the system underneath it, is concerned more about the transactions. To perform the action of verifying the transactions uses computing power and people might not want to do that for free. So a network like BitCoin provides an incentive. Do this work, and they'll give you a BitCoin.

In mining, your computer validates the transaction. Another task is given - calculating a particular sequence of characters, that is simple, but slow . The first computer to solve it will receive the BitCoin.

Okay, that's Cryptocurrency. So then, what about BlockChain? Why's it cropping up so much now?

So it's the system of transactions and validation that cryptocurrency is based on. But of course, if it's just data being passed around, can't you do other things with it? Yes.

You could set up some sort of contract inside the transaction that means that when a task is done, the coins are exchanged automatically. No chance of being paid late! And if you can make that type of contract, can't you put other things in there? Computer programs?

Sort of. The data passed isn't a lot, so you can't pass full programs, but you can pass other instructions or the results to some particular process, for example.

What can be done with it? That's what's exciting about BlockChain!

Anyway, I hope that helps!